Attorneys Doreen Spears Hartwell and Laura Thalacker are committed to making a difference in their community.  In addition to their employment law and business litigation work, they provide pro bono legal services for non-profits and individuals in need.  They are also active in legal organizations and community groups.

Laura has represented several non-profits and currently serves as legal counsel to the Rape Crisis Center of Southern Nevada, a non-profit dedicated to providing help, hope and healing to those affected by sexual violence.  Doreen has served on the Pro Bono Advisory Counsel since 2012 and was recently appointed to the Nevada Supreme Court’s Access to Justice Commission.

Since graduating from law school in 2000, pro bono work has been a priority for Doreen.  Through a variety of pro bono matters, Doreen has demonstrated a commitment to serving vulnerable members of society in need of legal representation, including children, domestic abuse victims and seniors.  Within just a few months of becoming a licensed lawyer, Doreen took on a case through the Children’s Attorney Project, representing an 18 month-old in a termination of parental rights action.  This experience made her realize the dire need for competent and committed representation of children and others in need within the legal system.  Since that time, Doreen has handled at least one active pro bono case each year (and frequently more than that) through such worthwhile groups as the Legal Aid Center of Southern Nevada, the Senior Law Project, and Nevada Legal Services.

Doreen has received various awards for her pro bono work, including 2008 Attorney of the Year, 2008 Bank of America Local Hero Award, 2005 Judge Sally Loehrer Pro Bono Service Award and 2001 Myrna Williams Children’s Pro Bono Award.  But, if you ask Doreen, she will tell you that the greatest reward of all is making a difference in the lives of others.

In July 2014, Doreen was appointed for a three year term as a Lawyer Representative for the Nevada  United States District Court.  Doreen is also a Trustee and past President of the Las Vegas National Bar Association (LVNBA) Foundation, a 501(c)(3) organization participating in various fundraising activities designed to provide scholarships to law students who are committed to providing services in Las Vegas and helping to make their community strong.  She is currently the chairperson of the LVNBA’s Attorneys in the Schools Program.  Since 2004, Doreen has served as a supervising attorney for the Clark County Law Foundation’s Trial By Peers Program (“TBP”).   TBP is juvenile diversion program where students prosecute or defend students accused of misdemeanor offenses in the courtroom before actual judges and juries of their peers.  Doreen also currently serves as a coach for a Canyon Springs High School team in the “We the People” competition, which requires students to develop a thorough understanding the United States Constitution and the Bill of Rights.

Laura previously served as the Regional Vice-Chair (North America) of Lex Mundi’s Global Labor and Employment Practice Group.  Laura is a past Chair of the Labor and Employment Section of the State Bar of Nevada, as well as the State Bar of Nevada’s Publications Committee.  Laura is a frequent speaker and writer on legal topics for the State Bar and within the community, including guest lecturing on Nevada labor and employment law topics in classes at University of Nevada-Las Vegas William S. Boyd School of Law.  She also currently serves as a labor and employment law representative on Wartburg College’s Pre-Law Advisory Board. 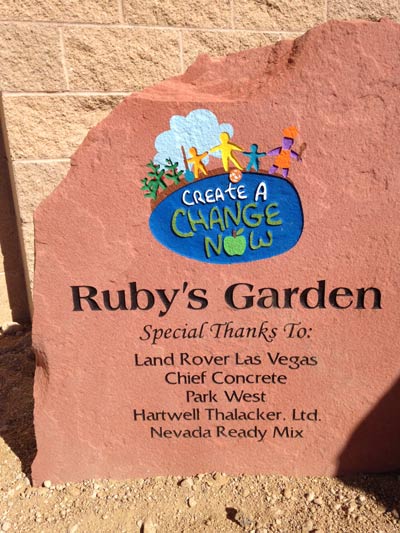 Hartwell Thalacker, Ltd. is the sponsor of a community garden located at the Ruby Duncan Elementary School.

Doreen is pictured with Ruby Duncan.

Send Us a Message

We are dedicated, client-focused lawyers who serve as trusted advisors and advocates for companies in human resources, employment law, and business litigation matters. Our personal approach to client service emphasizes listening closely to clients to understand their goals and working collaboratively to achieve excellent legal results in an efficient and affordable manner.

An Asset To Her Clients

“It has been my pleasure and good fortune to team up with Laura several times, including on both professional and work-related projects.   Her attention to detail, preparedness, professionalism and perspective are second to none. Her knowledge of the law is impeccable. I take advantage of every opportunity I have to collaborate with her.  She is…